We thought we’d throw a few of our, London Drugs Foundation, alternate character designs up here so that you see can how the designs evolved over time. You can swing on over to our commercials section or just click here and check out the finished spot. Hope you like’em! 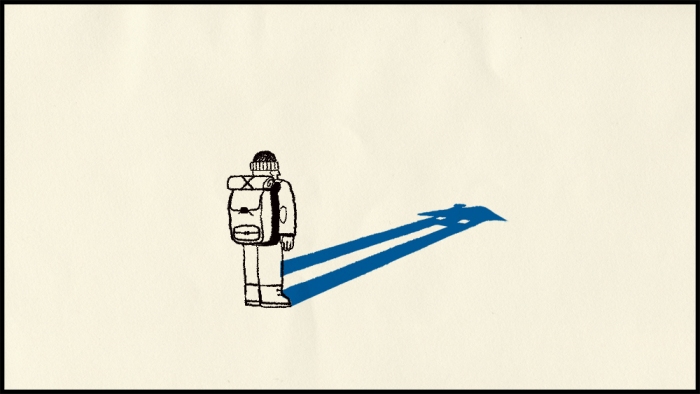 We thought we’d give y’all a quick glimpse at some of our pre-pro work that went in to making our recent Rakuten Kobo spots. So here they are in all their unused glory, from some of our initial designs all the way to our render and lighting tests.
The project shifted and changed throughout the production, (as they all do) but we thought you’d all enjoy seeing some of the variations and how we came to the final designs. 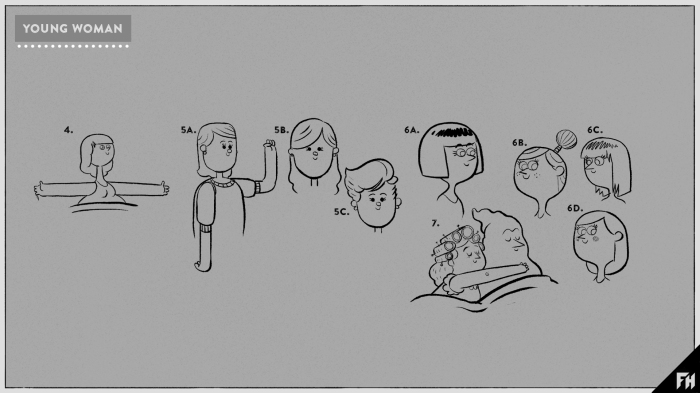 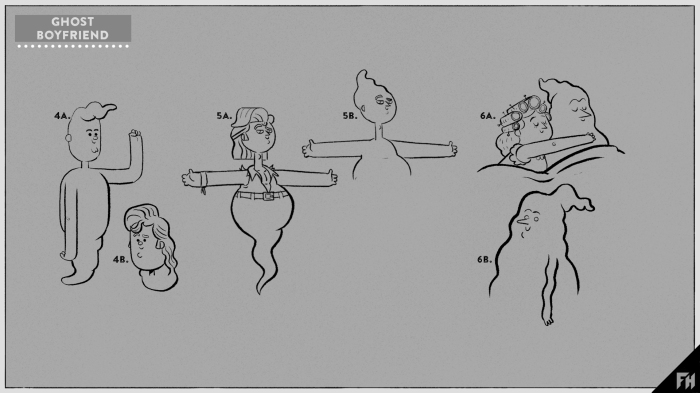 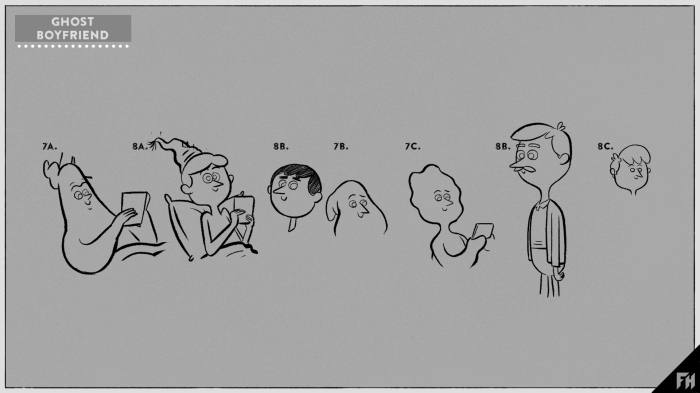 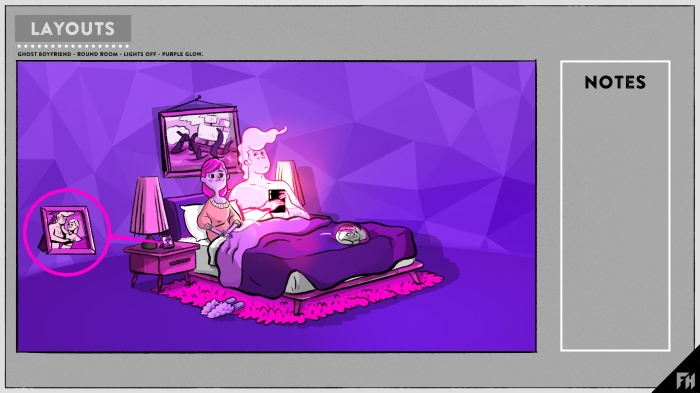 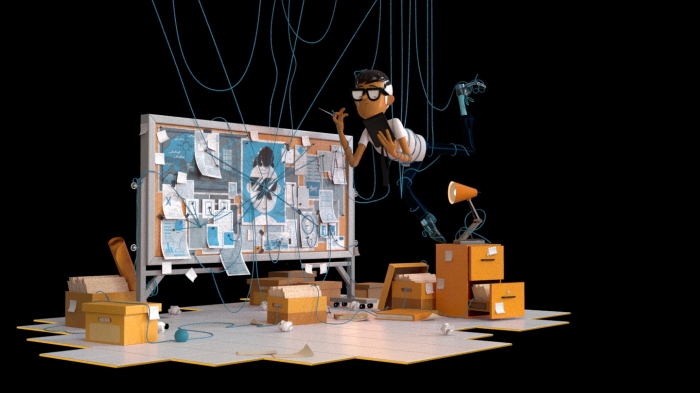 The majority of last year and the beginning of 2020 we spent in self-imposed self-isolation writing, storyboarding, and creating an animatic for a feature length film full of puppets, CG, live action and animation. We emerged from our burrow/studio, weary eyed and shaggy looking, only to head right back into isolation along with everyone else.

Thanks to The Canada Council For The Arts we were able to take an extended amount of time to explore and test out our ideas. Some worked and some failed miserably. In the end, we created something we never thought we’d have the chance to. We have no idea where it’ll go from here, as it turns out our idea is expensive af. Perhaps one day we’ll get around to making it, and getting to collaborate with a slew of incredibly creative people we have in mind for the project.

In the meantime, and although it still needs quite a bit of work in the dialogue department and some story restructuring, we thought we’d share a few panels from the storyboard. Your peepers can rest assured that these panels don’t give away any plot twists or spoilers. Actually, it probably doesn’t make any sense whatsoever.  These aren’t the final character designs, maybe we’ll save those for another post, maybe you’ll never see them. Who knows!? It’s uncertain times. 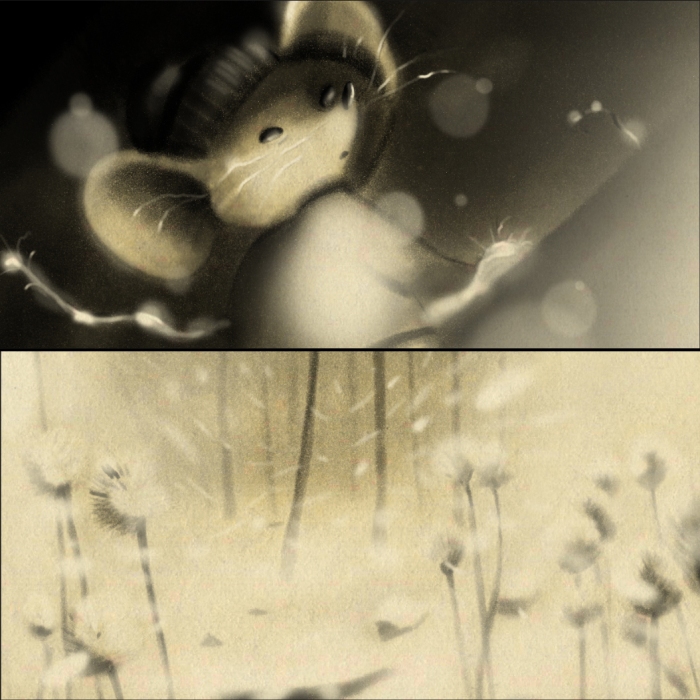 A quick peek at something we’ve been working on between gigs and other projects. It’s one of those newfangled Graphic Novels that all the kids are reading these days. It’s called “VICTORY”.

It’s probably just as slow paced and boring as our last book The Rooster, but waaaayyyy longer. So if long, slow, and boring is what you’re looking for in your picture novellas, then hold on tight cuz maybe in a year or so this will go to print. Maybe not. We can’t predict how these things come together.

Plus we’re super busy on a secret project that we can’t talk about … or we just don’t have the time to get into it, so cut us some slack.

Last year we helped out our good friend Nathan Jurevicius on his film “Blue Cherry”. The film has been hopping from festival to festival since January where it made its debut at the Children’s Film Fest in Seattle. It was also lucky enough to be chosen as Best Animated Film at the South Australian Screen Awards. Congrats to the whole crew and everyone involved.

The film is now available online. Head on over to Nathans Vimeo account to check out more wonderful films.

BLUE CHERRY has its debut this weekend at the Children's Film Festival Seattle (Sun 28th). Huge thanks to everyone involved pic.twitter.com/iTQOotaExR

Here’s a dope lil’ vid we had the pleasure of taking part in last year for the 10 year anniversary of the Flux Screening series at the Hammer Museum in LA. It’s absolutely one of our favorite events on the planet. If you live in LA or are visiting the area check to see if they’ve got a screening lined up.

The video mas made by Carlos Lopez Estrada and features a whole bunch of creative folks who have had the pleasure of taking part in the screening series or have given a lil’ talk afterwards.

We shot our tiny clip stuck in a ferris wheel for almost an hour.

We’ve been lucky enough to do two small talks where we’ve given away small drawings after presenting our film Migration and when we were part of the NASA Spirit of Apollo documentary. Good times! Lots’o’love to Jonathan and Meg Wells.

Hey kids! Check out a lil’ vid of our AR project we did with Brooklyn Brewery and our extended fam Ghost Robot & their Helmet AR app.  We did 20 varying animations of some sweet, ol’school, comic book font play that premiered at the New York Comic Con with Brooklyn Brewery’s Defender IPA.

Here’s a quick peak at what some of the layouts looked like. 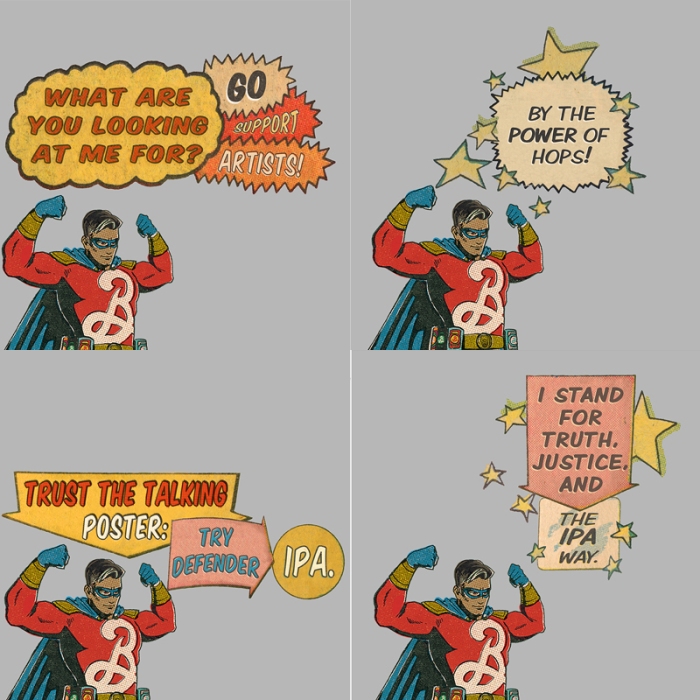 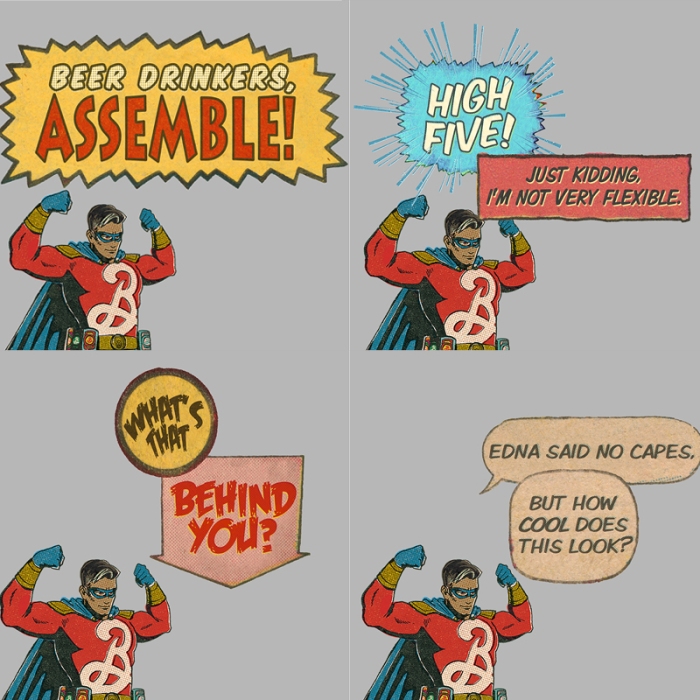 Big shout out to ASIFA EAST and Supertoon for picking our GO Transit “Etiquette” piece as best commercial under 2min. and Grand Prix for animated commercials, respectively. Although we weren’t able to make it to Croatia for Supertoon, we did manage to make it to NYC for ASIFA and plenty o’drinks. (fiddlesticks fo’life!)  If you want to see it on the big screen it will be shown as part of the Canadian Panorama at the upcoming Ottawa International Animation Festival . Get them drinks ready.

We recently designed two sticker packs for your paranoia (Super Action Hero Pack & Spy). Each pack comes with 16 stickers for your phone, laptop, TV, eyeballs, … wherever you want. Stick’em on and get back to whatever weird shit you were doing before with a renewed peace of mind.